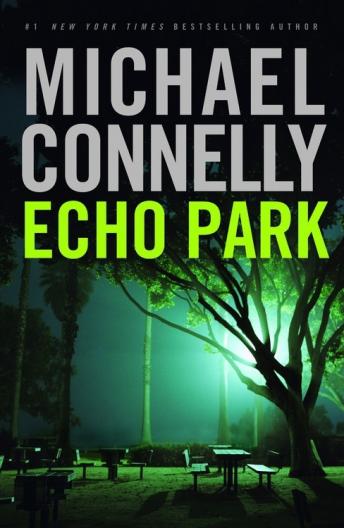 In 1995, Marie Gesto disappeared after walking out of a supermarket in Hollywood. Harry Bosch worked the case but couldn't crack it, and the 22-year-old woman never turned up, dead or alive. Now Bosch is in the Open-Unsolved Unit, where he still keeps the Gesto file on his desk, when he gets a call from the DA. A man accused of two heinous killings is willing to come clean about several other murders, including the killing of Marie Gesto. Bosch must now take Raynard Waits's confession and get close to the man he has sought - and hated - for eleven years. But when Bosch learns that he and his partner missed a clue back in 1995 that could have led them to Gesto's killer - and that would have stopped nine murders that followed - he begins to crack.
Michael Connelly's suspenseful new novel pits the detective People magazine calls 'one of the most complex crime fighters around' against one of the most sadistic killers he has ever confronted. It confirms that Michael Connelly 'is the best writer of suspense fiction working today' (Richmond Times-Dispatch).

Highly recommend this to all Connelly fans, just as good as any of his I have listened to.

Up to Michael Connelly's usual standards. Twist and turns throughout the story. I enjoyed this book very much and would highly recommend it to Connelly fans.

A good read. Very satisfying story. I will recommend it to friends.

Michael Connelly knows how to tell a story and make the reader live through the action with Harry! Great writer. Excellent book.

I'm a die-hard Harry Bosch fan. This did not disappoint. Fast paced and fun.

I've read many of Connelly's books and this is not one of his best. It's still a good book to rent.

Great story. Irritating early on when bosch acts like a jerk, but gets interesting with the pursuit and final last scents.

Good book but not as good as the others in the Rachel Wallings series.

I liked the story, not my favorite narrator, I personally prefer Titus Welliver. But it's definitely worth a listen!

Good I like this book your a good writer micheal connelly

I hate to knock anything by Michael Connelly, but I found this book to be less than what I've come to expect from him and Harry Bosch. The story is told dryly as a procedure manual and in a staccato fashion. It gets a bit better towards the end but, man, this one was "dry". Still worth a read if you are a Connelly fan, but I wouldn't go out of your way. If you've never read Harry Bosch, I'd start at the beginning with The Black Echo, or perhaps one of the better stories like The Black Box or The Closers.

Interesting background look at OBL and the Middle East Terrorist movement. Also rent 'The Cell' and you will have a good base of knowledge to understand many of our distressing current events.

This title is due for release on October 9, 2006
We'll send you an email as soon as it is available!