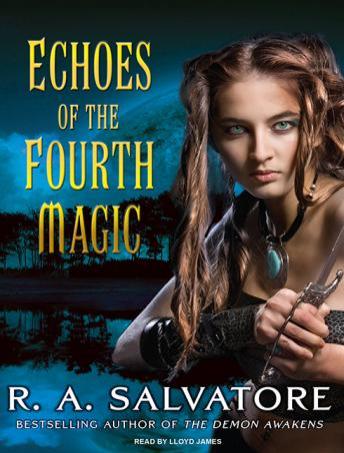 Echoes of the Fourth Magic

Written By: R. A. Salvatore

Jeff 'Del' DelGuidice was proud of his assignment to the research submarine The Unicorn. But his mission had barely begun when the vessel was sucked into a mysterious undersea void where time stood still-before being propelled forward through the centuries. The crew surfaced in a strange, magical world changed forever by nuclear holocaust. Here a race of angelic beings had taken pity on the remnants of humankind, offering a chosen few a precious second chance.

Thus, the Isle of Hope was raised from the poisoned seas and set like a jewel in Earth's ravaged crown. But the jewel had a flaw, a dark vein of evil. For a sinister expert of the mystical arts had embraced the forbidden third magic, the most deadly sorcery of all. Only Del could defeat it-a hero sworn to peace and fated to wield the dazzling power of the fourth magic.

Echoes of the Fourth Magic

by R. A. Salvatore