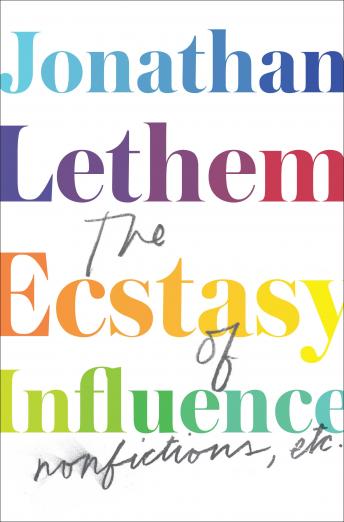 The Ecstasy of Influence: Nonfictions, Etc.

A constellation of previously published pieces and new essays as provocative and idiosyncratic as any he’s written, this volume sheds light on an array of topics from sex in cinema to drugs, graffiti, Bob Dylan, cyberculture, 9/11, book touring, and Marlon Brando, as well as on a shelf’s worth of his literary models and contemporaries: Norman Mailer, Paula Fox, Bret Easton Ellis, James Wood, and oth­ers. And, writing about Brooklyn, his father, and his sojourn through two decades of writing, Lethem sheds an equally strong light on himself.