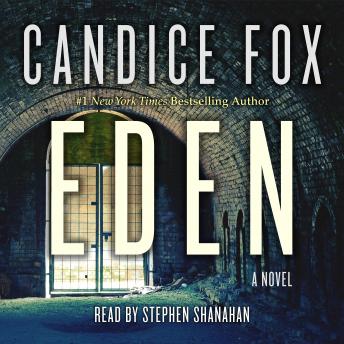 #2 of Archer and Bennett

From Candice Fox comes Eden, another gripping thriller in the Archer and Bennett series.

“I fool myself that Eden has a heart—that she would at least have trouble killing me...”

Most homicide detective teams run on trust, loyalty, and the shared desire to put killers behind bars. Frank Bennett's partner, Eden Archer, thrives on darkness and danger. She has a rare talent for catching killers—but her idea of justice has little to do with courtrooms.

Now three girls are missing, and Eden is going undercover to a remote farm where the troubled hide and blood falls more often than rain. Frank’s job is to keep an eye on his partner while she's there-- but is it for Eden's protection, or to protect others from her? Walking a tightrope between duty and desperation, Frank confronts a threat from Eden’s past. Suddenly, the hunter is the hunted. And a killer’s vicious desires are about to be unleashed…

“Grim, gritty, fast-paced …each character adds depth and interest to an already absorbing plotline. Fox fantastically builds on her previous book, leaving a cliff-hanger that will leave readers clamoring for the next series title.” --Library Journal (Starred Review)

“In Australian author Fox’s nail-biting follow-up to Hades, the narrative is highly effective… Fox keeps her characters firmly in shades of gray, and it’s their complexity that drives this riveting thriller, right through to the gruesome, surprising finale.” --Publishers Weekly (Starred Review)