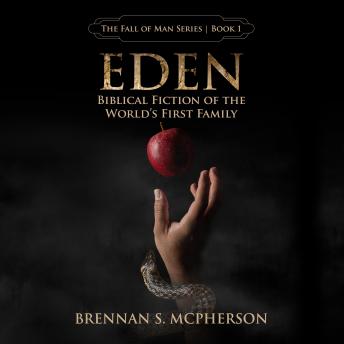 'You want me to tell of how I broke the world.' It's the year 641 since the beginning of everything, and when Eve passes away, she leaves Adam the only man on earth who remembers everything since they walked in Eden.

When Enoch, God's newly appointed prophet, decides to collect the stories of the faithful from previous generations, he finds Adam in desperate need to confess the dark secrets he's held onto for too long.

Beside a slowly burning bonfire in the dead of night, Adam tells his story in searing detail. From the beginning of life, to how he broke the world, shattered Eve's heart, and watched his family crumble.

Will Enoch uncover what led so many of Adam's children away from God? And will Adam find the redemption and forgiveness he longs for? 'Eden is in a class by itself. It's biblical fiction with an emotional depth that laid my heart bare. Not only does Brennan McPherson vividly describe the first days of human awakening; he also masterfully unmasks sin's effects through the broken relationship of Adam and Eve.' - Mesu Andrews, Christy award-winning author of Isaiah's Daughter