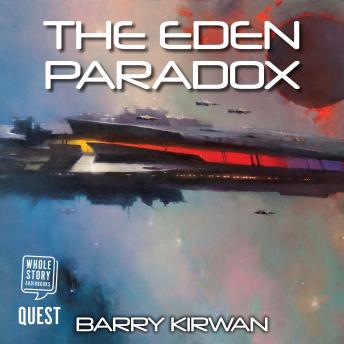 THE EDEN PARADOX is a brand-new Science Fiction series from bestselling writer Barry Kirwan. If you loved DUNE, FOUNDATION or ENDER'S GAME, you'll love the first novel in this epic, galaxy-spanning series.

In 2063, Earth's overheated climate and war-ravaged cities are near breaking point. A new habitable planet is discovered within reach, but the first two missions have failed to return. This is the story of the third mission to Eden. What really awaits the crew of four as they make the long journey to this supposed uninhabited virgin planet, and what is the link to the secret 900-year-old sect known as Alicians back on Earth? While Blake leads the Eden mission, a young researcher named Micah discovers a terrible truth that threatens the very existence of humanity.

"A science fiction thriller with terrific images and revelations." - GARY GIBSON
"The reader is pulled into an all too real future, with memorable characters, leaving the reader craving more." LYDIA MANX