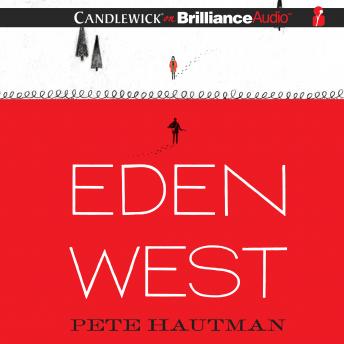 Tackling faith, doubt, and transformation, National Book Award winner Pete Hautman explores a boy's unraveling allegiance to an insular cult. A world within a world.… Seven square miles of paradise, surrounded by an eight-foot chain-link fence: this is Nodd, the land of the Grace. It is all seventeen-year-old Jacob knows. Beyond the fence lies the World, a wicked, terrible place, doomed to destruction. When the Archangel Zerachiel descends from Heaven, only the Grace will be spared the horrors of the apocalypse. But something is rotten in paradise. A wolf invades Nodd, slaughtering the Grace's sheep. A new boy arrives from outside, and his scorn and disdain threaten to tarnish Jacob's contentment. Then, while patrolling the borders of Nodd, Jacob meets Lynna, a girl from the adjoining ranch, who tempts him to sample the forbidden Worldly pleasures that lie beyond the fence. Jacob's faith, his devotion, and his grip on reality are tested as his feelings for Lynna blossom into something greater, and the End Days grow ever closer. Eden West is the story of two worlds, two hearts, the power of faith, and the resilience of the human spirit.