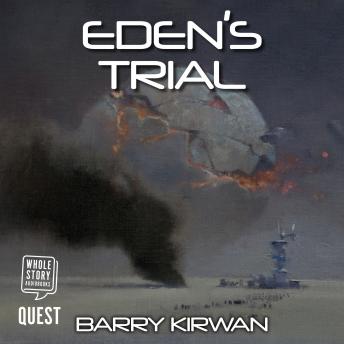 EDEN's TRIAL is the second in a brand-new, Science Fiction series from bestselling writer Barry Kirwan. This stunning sequel to THE EDEN PARAOX launches us into alien political intrigue and intergalactic war of survival.

Survivors are fleeing Earth, into a hostile galaxy where alien intelligence and weaponry rule. Can a deserted planet offer refuge? Or will the genetically engineered Alicians finish the job started on Eden. While Blake fends off attacks, Micah seeks allies, but his plan backfires, and humanity finds itself on trial for its very right to exist.

'It's hard to put down Mr. Kirwan's book, but at the same time you don't want to race ahead but savor the complexities of personalities and the well-crafted story line.' LYDIA MANX