The Edge of Justice 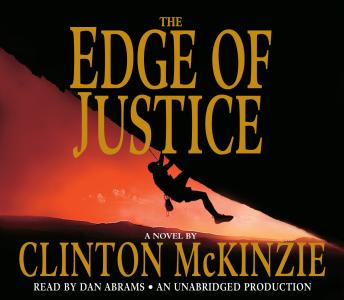 A woman lies dead in the shadow of a Rocky Mountain peak. To the police who found her, she was just another thrill-seeking climber who fell to her death. But to a cop who has climbed all his life, this fall was no accident. He knows that a killer is in these mountains, and that the next victim has already been chosen. Now the only way to stop a series of murders is to go where the killer is--up to the pinnacle of terror. . .

Combining high-altitude climbing action with sizzling courtroom drama and raw tension, The Edge of Justice is a thriller like no other. Set amid the towering beauty of Wyoming and the gritty underbelly of crime, here is storytelling on a grand scale--a gut-wrenching debut novel that features one of recent fiction’s most original and complex heroes: Special Agent Antonio Burns--climber, cop, brother, son, risk-taker. Burns knows the hunger that drives climbers up the faces of mountains--it’s a hunger that has shaped his life and pushed his brother, Roberto, onto the wrong side of the law.

A climber by nature, a cop by trade, Anton has come to Laramie, Wyoming, to investigate a young woman’s deadly plunge. But as he digs deeper into the case, Anton is certain he has found a murder...and a stunning connection to the trial of two men about to be executed for a crime they did not commit. But Anton is running out of time. As two lives hang in the balance, another woman is killed, and Anton believes the answers he seeks are hidden amid a dangerous group of climbers. . .and in the towering shadows of jagged peaks. Suddenly, Anton knows he has only one option. With a beautiful reporter sharing his investigation, he must make a harrowing ascent up a forbidding mountainside--to bring a killer down from the deadliest kind of high. .

Racing to a white-knuckle climax on treacherous high-altitude terrain, The Edge of Justice is a novel of runaway tension: fresh, intelligent, and as unforgettably menacing as it gets.

This title is due for release on April 9, 2002
We'll send you an email as soon as it is available!