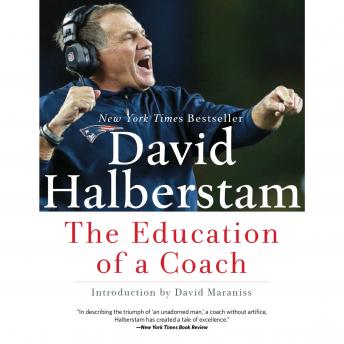 The Education of a Coach

More than 6 years after his death David Halberstam remains one of this country's most respected journalists and revered authorities on American life and history in the years since WWII. A Pulitzer Prize-winner for his ground-breaking reporting on the Vietnam War, Halberstam wrote more than 20 books, almost all of them bestsellers. His work has stood the test of time and has become the standard by which all journalists measure themselves.

Bill Belichick's thirty-one years in the NFL have been marked by amazing success--most recently with the New England Patriots. In this groundbreaking book, THE EDUCATION OF A COACH, David Halberstam explores the nuances of both the game and the man behind it. He uncovers what makes Bill Belichick tick both on and off the field.

Education of a Coach