The Education of John Adams 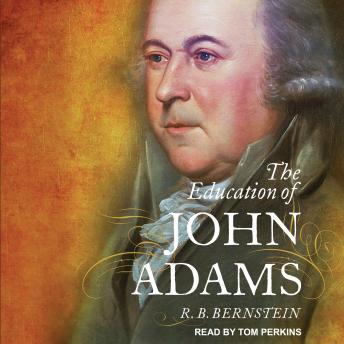 The Education of John Adams is the first biography of John Adams by a biographer with legal training. It examines his origins in colonial Massachusetts, his education, and his struggle to choose a career and define a place for himself in colonial society. It explores the flowering of his legal career and the impact that law had on him and his understanding of himself; his growing involvement with the American Revolution as polemicist, as lawyer, as congressional delegate, and as diplomat; and his commitment to defining and expounding ideas about constitutionalism and how it should work as the body of ideas shaping the new United States.

The book traces his part in launching the government of the United States under the US Constitution; his service as the nation's first vice president and second president; and his retirement years, during which he was first a vexed and rejected ex-president and then became the revered Sage of Braintree. It describes the relationships that sustained him-with his wife, the brilliant and eloquent Abigail Adams; with his children; with such allies and supporters as Benjamin Rush and John Marshall; with such sometime friends and sometime adversaries as Benjamin Franklin, George Washington, and Thomas Jefferson; and with such foes as Alexander Hamilton and Timothy Pickering.