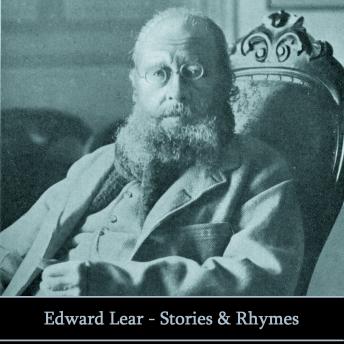 Edward Lear. Ah Nonsense! The English it is often said have a peculiar brand of humour. Along with copious cups of tea and a stiff upper lip it keeps life together in moments of difficulty and strife. One of our much loved humourists is Edward Lear, famed throughout the World for his Nonsense Verse and limericks.

Born in Holloway, North London Lear was the 21st child of Ann and Jeremiah Lear and raised by his sister, Ann, who was, of course, 21 years older than Edward. His early life was unsettled, prone to illness especially epileptic fits which gave him a character coloured with guilt and shame. However by his 30s he had published his first book of Limericks in which his touching drawings were also displayed.

His works as an artist are easily recognised and he helped to develop many techniques but his later works such as The Owl and the Pussycast, The Jumblies have established first and foremost as a writer of humourous verse. Lear travelled widely during his years and eventually settled in Sanremo it Italy eventually succumbing to death in 1876.

On his nearby headstone are inscribed these lines from Tennyson's To E.L. [Edward Lear], On His Travels in Greece: ... all things fair. With such a pencil, such a pen. You shadow forth to distant men, I read and felt that I was there. These verses and stories are read for you by James Taylor, Nigel Planer and Ghizela Rowe.