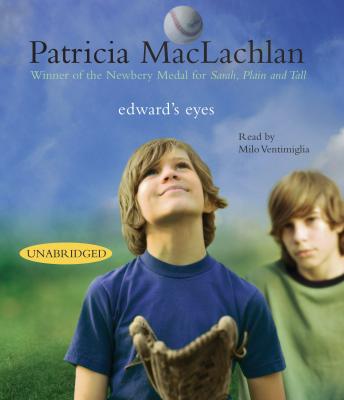 Jake is a part of an extraordinary family.

He has a life filled with art, music, and long summer nights on the Cape. He has hours and days and months of baseball. But, more than anything in this world, Jake knows he has Edward. From the moment he was born, Jake knew Edward was destined for something. Edward could make anyone laugh and everyone think. During one special year, he became the only one in the neighborhood who could throw a perfect knuckleball. It was a pitch you could not hit. That same year, Jake learned there are also some things you cannot hold.

Patricia MacLachlan, one of the most beloved children's book authors writing today, has painted a deeply stirring, delicately lyrical portrait of a child, a son, a family, and a brother. Through Edward's eyes, we see what gifts all of these things truly are to those around them, and how those gifts live on and grow.