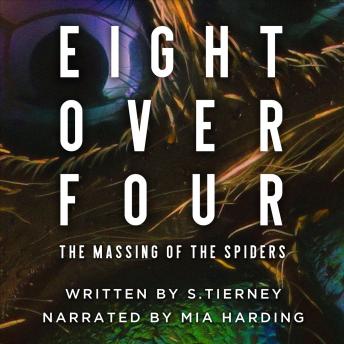 In 2018 it was estimated that there were over 750 million spiders in the United Kingdom. By contrast, the overall number today is less than ten percent of that - but now the spiders live all around us. Today, the spiders are our neighbours. They live alongside us, coexist with us.
As us...

An intriguing, imaginative, and often unsettling short story set in a world where spiders and humans live together, Eight Over Four examines the problems which arise should two contrasting species be forced together.