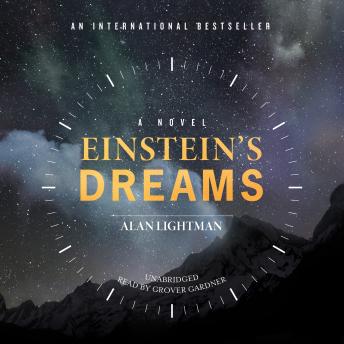 In poetic vignettes, Einstein’s Dreams explores the connections between science and art, the process of creativity, and ultimately the fragility of human existence.

A modern classic, Einstein’s Dreams is a fictional collage of stories dreamed by Albert Einstein in 1905, when he worked in a patent office in Switzerland. As the defiant but sensitive young genius is creating his theory of relativity, a new conception of time, he imagines many possible worlds. In one, time is circular, and people are fated to repeat their triumphs and failures over and over. In another, there is a place where time stands still, visited by lovers and parents clinging to their children. In another, time is a nightingale, sometimes trapped by a bell jar.

Translated into thirty languages, Einstein’s Dreams has inspired playwrights, dancers, musicians, and painters all over the world. In poetic vignettes it explores the connections between science and art, the process of creativity, and ultimately the fragility of human existence.