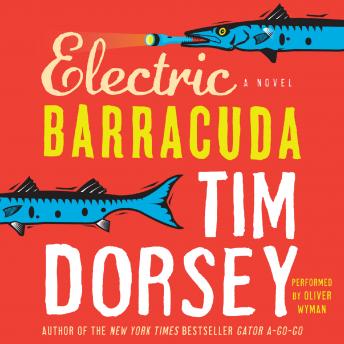 Readers who can’t get enough of lovable serial killer Serge A. Storms can rejoice. He’s back in Electric Barracuda—the latest outrageous romp through the Sunshine State by Tim Dorsey, master of the zany crime thriller. This time Serge is a fugitive running from the police, and murder and mayhem have never been more over-the-top hilarious. Tim Dorsey’s Electric Barracuda is not to be missed. The Miami Herald put it best: “Nobody, but nobody, writes like this guy.”