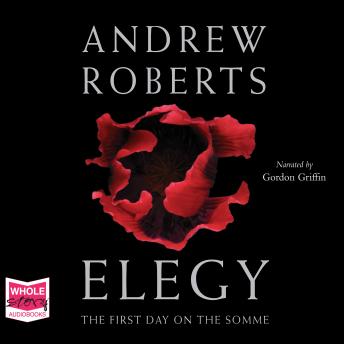 Elegy: The First Day on the Somme

On 1 July 1916, after a five-day bombardment, 11 British and 5 French divisions launched their long-awaited 'Big Push' on German positions on high ground above the Rivers Ancre and Somme on the Western Front. Some ground was gained, but at a terrible cost. In killing-grounds whose names are indelibly imprinted on 20th-century memory, German machine-guns - manned by troops who had sat out the storm of shellfire in deep dugouts - inflicted terrible losses on the British infantry.

Elegy: The First Day on the Somme