The Element of Fire 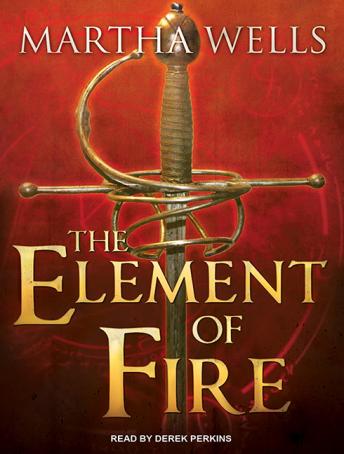 The kingdom of Ile-Rien lies in peril, menaced by sorcerous threats and devious court intrigues. As the weak King Roland, flattered and misled by treacherous companions, rules the country, only his ruthless mother, the Dowager Queen Ravenna, guards the safety of the realm. But now rumors arise that Urbain Grandier, the dark master of scientific sorcery, has arrived to plot against the throne. And Kade, bastard sister of King Roland, appears unexpectedly at court. The illegitimate daughter of the old king and the Queen of Air and Darkness herself, Kade's true desires are cloaked in mystery. Is she in league with the wizard Grandier, or is she laying claim to the throne?

It falls to Thomas Boniface, Captain of the Queen's Guard and Ravenna's former lover, to sort out who is friend and who is foe in a deadly game to keep the Dowager Queen and the kingdom she loves from harm. But is one man's steel enough to counter all the magic of fayre?