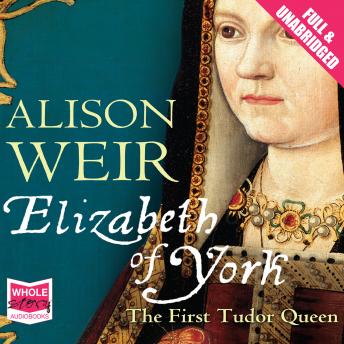 Acclaimed historian Alison Weir looks into the life of the first Tudor queen, revealing the woman behind the image

Elizabeth of York would have ruled England, but for the fact that she was a woman. One of the key figures of the Wars of the Roses, daughter of Edward IV and Elizabeth Woodville, she married Henry Tudor to bring peace to a war-torn England. In Elizabeth of York: The First Tudor Queen, Alison Weir builds a portrait of this beloved queen, placing her in the context of the magnificent, ceremonious, often brutal world she inhabited.