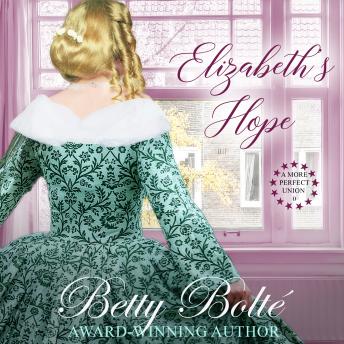 Given a choice between hope and certainty, which will she choose? Elizabeth Sullivan fears for her brothers, fighting for American freedom; for her father, pretending to be a loyalist; for family and friends, caught between beliefs; but mostly for the man she loves, who is doing his duty. They'd only begun their courtship when the occupation of Charles Town, South Carolina, trapped her in the city and sent him to fight. Jedediah Thomson loves Elizabeth but also his fledgling country. He has grand plans for his future wife and the mother of his children. Before he can give her all of his heart and soul, though, he must do what is right and fight for America where he plans to raise a family. When he learns she is staying at her aunt's plantation, he moves heaven and earth and risks military reprimand to spend fleeting minutes with her and create memories to carry with him into battle. Elizabeth cherishes every moment they spend together, knowing how swiftly it could come to an end. She hopes the war will conclude swiftly and he'll come home to her, but what if he doesn't? What if the worst possible outcome of the conflict occurs? And that desperate fear makes her willing to risk everything to claim a piece of him forever....

This title is due for release on October 2, 2020
We'll send you an email as soon as it is available!