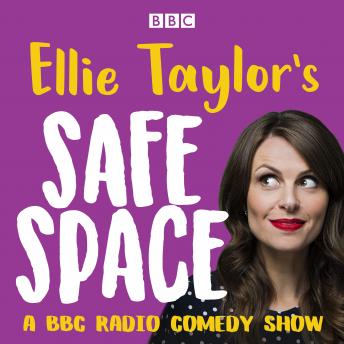 Comedian Ellie Taylor has some opinions she'd like to get off her chest.

In her brand new series, she discusses her views through stand-up, sketches and with help from the studio audience and her side-kick Robin Morgan.

First, Ellie looks at parenting and considers: has having kids ruined her life? To discuss it further she welcomes a special parenting expert...her Mum.

Next she considers whether masculinity has had unfairly poor press, and Robin Morgan asks members of the British public about their attitudes to men being men. She also welcomes a special guest, a man who knows all about how men should behave: Rupert Wesson from etiquette guide Debrett's.

And what about the environment? Is the planet really worth saving? Ellie's not so sure but to help talk it through she meets Ed Stafford, the first man to walk the length of the Amazon.

In the final episode, Ellie turns her attention to marriage, and wonders whether monogamy is all it's cracked up to be...despite being married herself.