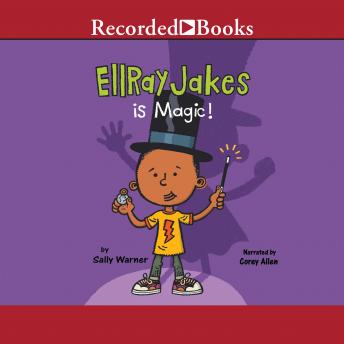 Publisher Marketing: When EllRay and his friends hear about the school talent show, they're not impressed. They're too old for that stuff. But Mrs. Sanchez their teacher isn't so quick to let her students off the hook. Five students MUST try-out, and EllRay somehow ends up being one of them. Now he must figure out something he's talented at....like, maybe magic? With some unexpected help from his dad, a scientist, EllRay begins to realize that he does have talent and brains, after all. And, most of all, that he has more in common with his dad than he thought. But now the pressure's on to show his classmates and the whole school that EllRay IS magic