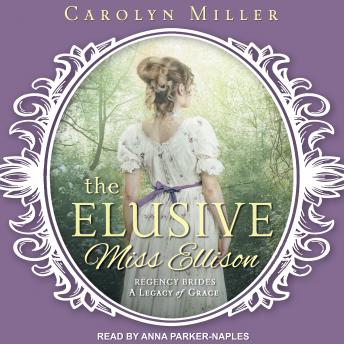 Hampton Hall's new owner has the villagers of St. Hampton Heath all aflutter-all except Lavinia Ellison. The reverend's daughter cares for those who are poor and sick, and the seventh Earl of Hawkesbury definitely does not meet that criteria. His refusal to take his responsibilities seriously, or even darken the door of the church, leave her convinced he is as arrogant and reckless as his brother-his brother who stole the most important person in Lavinia's world.

Nicholas Stamford is shadowed by guilt: his own, his brother's, the legacy of war. A perfunctory visit to this dreary part of Gloucestershire wasn't supposed to engage his heart, or his mind. Challenged by Miss Ellison's fascinating blend of Bluestocking opinions, hoydenish behavior, and angelic voice, he finds the impossible becoming possible-he begins to care. But Lavinia's aloof manner, society's opposition and his ancestral obligations prove most frustrating, until scandal forces them to get along.

Can Lavinia and Nicholas look beyond painful pasts and present prejudice to see their future? And what will happen when Lavinia learns a family secret that alters everything she's ever known?