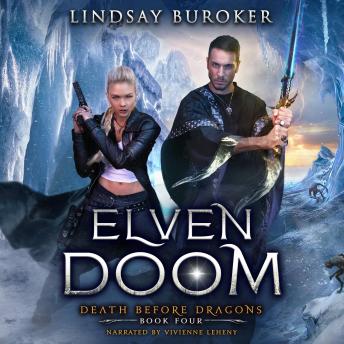 #4 of Death Before Dragons

After returning from Idaho, I was hoping to have time to figure things out with Zav—also known as Lord Zavryd, the dragon who claimed me as his mate without asking—but the dark elves are up to their old tricks again.

Actually, they’re up to far more deadly tricks, using more powerful magic than I knew existed. I have no idea how I’m going to stop them, but if I can’t, my entire city and everybody I care about could be obliterated.

To make matters worse, Zav’s sister has shown up and is rooting around in my life. His family doesn’t approve of me, and she plans to put an end to our relationship... one way or another.