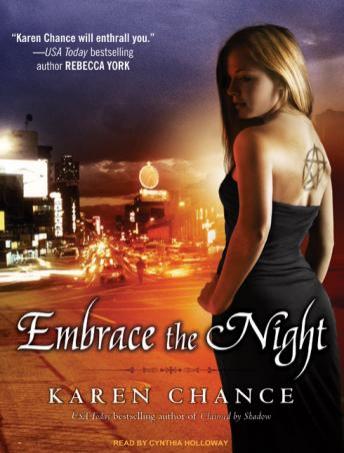 Recently named the world's chief clairvoyant, Cassandra Palmer still has a thorn in her side. As long as Cassie and a certain master vampire-the sizzling-hot Mircea-are magically bound to each other, her life will never be her own.

The spell that binds them can only be broken with an incantation found in the Codex Merlini, an ancient grimoire. The Codex's location has been lost in the present day, so Cassie will have to seek it out in the only place it can still be found-the past.

But Cassie soon realizes the Codex has been lost for a reason. The book is rumored to contain some seriously dangerous spells, and retrieving it may help Cassie to deal with Mircea, but it could also endanger the world.

This title is due for release on November 24, 2008
We'll send you an email as soon as it is available!