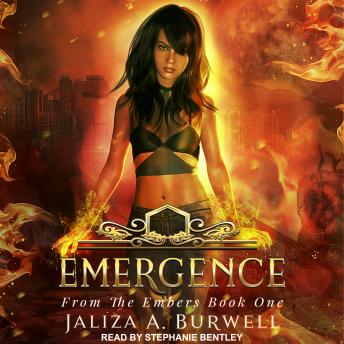 Written By: Jaliza A. Burwell

Woodlands is where city-dwellers go to die if they're dumb enough, and where those who can't live among the populace stay to remain hidden. As a child, Nyssa entered the Woodlands, forced into them by a past she can't remember. Years later, she is dragged out of them as an adult with no concept of what it means to be 'normal.' Armed with a new witch bestie who refuses to leave her alone, Nyssa slowly begins building a life for herself in Teragona.

Aside from a fractured past, Nyssa's life has been smooth sailing for the past six years. With her ultra-cool job as a gate-hopper for the Department of Supernatural Transit, her life has just enough excitement to keep it interesting. That is until the abnormalities begin and more gates than usual appear around the city. A Big Baddie has decided he wants revenge. And while Nyssa is more than happy to sit aside while he attacks the three major factions of shifters, witches, and mages, the moment it becomes personal, all bets are off.

If there is one thing Nyssa remembers from the scattered fragments of her past, it's how to kill. She's determined to make him regret crossing her. She doesn't care if the city burns to the ground, it won't stop her revenge. The real question is: will she burn with the city, or will she be the one left standing among the ashes?