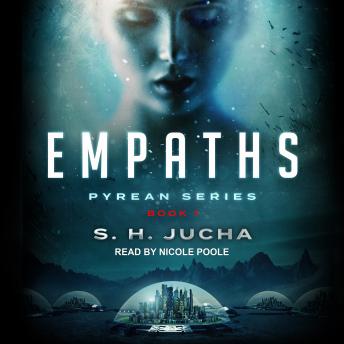 Captain Jessie Cinders faces a hazardous choice. The murderer of the governor's nephew stands before him. But, the frightened teenager, Aurelia Garmenti, doesn't resemble the commandant's description of the vicious, hardened killer his security forces seek.

To complicate matters, Jessie's mind has felt Aurelia's mental powers. The girl is an empath, who escaped the domes below and rode the El car to reach the JOS, Pyre's orbital station. This shouldn't be possible. The century-old agreement between topsiders and downsiders forbids the domes to knowingly admit empaths.

If Jessie decides to protect Aurelia until he can discover the truth of the accusations against her, he risks his company and ships to the commandant's wrath, if his actions are uncovered. In the midst of Jessie's complicated maneuvers to keep Aurelia safe, he receives a call from one of his mining captains and learns of a strange find on Pyre's far moon, Triton.

Meanwhile, the domes' governor, Markos Andropov, is desperate to apprehend Aurelia and return her downside, before the girl can reveal his sordid secret. Aurelia lived her entire life imprisoned in the governor's house with her sister and her mother, whom Markos kidnapped from the JOS seventeen years ago. If the governor's crimes became public, it would jeopardize the Andropov dynasty's rule of the domes.

Pyrean factions engage in a struggle against one another to possess Aurelia and use her to gain the upper hand. The ultimate prize is the complete domination of Pyre.

Best sci-fi book I’ve listened to for years, I couldn’t stop listening. Wonderful narrator, pleasant to listen to. Can’t wait to hear the next book.

Love the series. Should have kept the original narrator. Disrupts the audial narration.