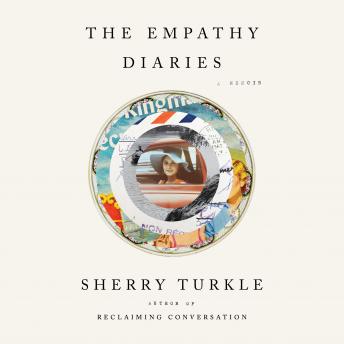 The Empathy Diaries: A Memoir

MIT psychologist and bestselling author of Reclaiming Conversation and Alone Together, Sherry Turkle's intimate memoir of love and work

For decades, Sherry Turkle has shown how we remake ourselves in the mirror of our machines. Here, she illuminates our present search for authentic connection in a time of uncharted challenges. Turkle has spent a career composing an intimate ethnography of our digital world; now, marked by insight, humility, and compassion, we have her own.

In this vivid and poignant narrative, Turkle ties together her coming-of-age and her pathbreaking research on technology, empathy, and ethics. Growing up in postwar Brooklyn,Turkle searched for clues to her identity in a house filled with mysteries. She mastered the codes that governed her mother's secretive life. She learned never to ask about her absent scientist father--and never to use his name, her name. Before empathy became a way to find connection, it was her strategy for survival.

Turkle's intellect and curiosity brought her to worlds on the threshold of change. She learned friendship at a Harvard-Radcliffe on the cusp of coeducation during the antiwar movement, she mourned the loss of her mother in Paris as students returned from the 1968 barricades, and she followed her ambition while fighting for her place as a woman and a humanist at MIT. There, Turkle found turbulent love and chronicled the wonders of the new computer culture, even as she warned of its threat to our most essential human connections. The Empathy Diaries captures all this in rich detail--and offers a master class in finding meaning through a life's work.