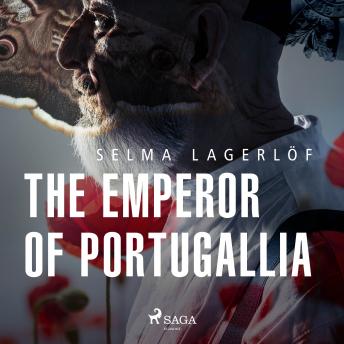 'The Emperor of Portugallia' by Selma Lagerlof was first published in 1914 in Sweden and in 1916 in English. The story is set in Vaermland around 1860 or 1870 and centers on Jan of Ruffluck Croft. He loves his daughter more than anything, but when the latter moves to Stockholm, she never sends a word home. As a result, Jan sinks into a dream-world where she is the noble Empress of Portugallia and he believes himself to be Emperor too. His whole world and all his thoughts are dominated by the thoughts of her return and what will happen then. In the role of Emperor in the poor forest country where he lives, he can question the social hierarchies around him, and dressed in his Royal regalia he sits on the front bench in Church, and takes the place of honour at Parties etc. After 15 years his daughter returns home and is shocked to see what a mad clown her father has become.