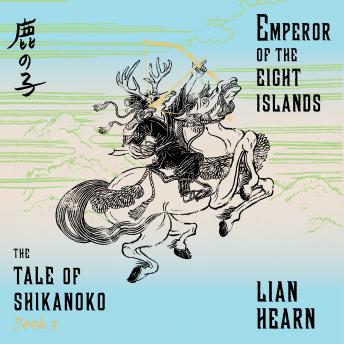 Emperor of the Eight Islands

In the opening pages of the action-packed Book One of Lian Hearn's epic Tale of Shikanoko a future lord is dispossessed of his birthright by a scheming uncle, a mountain sorcerer imbues a mask with the spirit of a great stag for a lost young man, a stubborn father forces his son to give up his wife to his older brother, and a powerful priest meddles in the succession to the Lotus Throne, the child who is the rightful heir to the emperor barely escaping the capital in the arms of his sister. And that is just the beginning. As destiny weaves its rich tapestry, a compelling drama plays out against a background of wild forests, elegant castles, hidden temples, and savage battlefields. This is the medieval Japan of Lian Hearn's imagination, where animal spirits clash with warriors and children navigate a landscape as serene as it is deadly.

Emperor of the Eight Islands