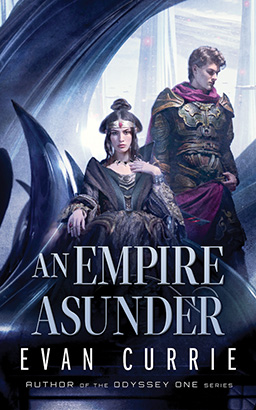 The coup that won traitor General Corian the Scourwind throne has been overturned, but his ongoing rebellion has left the empire divided. Lydia's birthright regained, she adjusts to her role as empress at war, while Brennan begins training as an elite Cadreman soldier. With tensions rising between the empire and the Alliance, this momentary lull seems to portend a gathering storm...

The royal twins aren't the only ones sensing peace may not last. Searching for a vanished supply shipment vital to her own mission of vengeance against Corian, former Cadrewoman turned pirate Mira Delsol makes a shocking discovery about the theft. As both Mira and Brennan follow similar clues to the fate of the stolen supplies, their trajectories converge. Now Mira will embark on a perilous attempt to infiltrate the heart of the enemy camp, while Brennan's path will also lead him across Alliance lines, and into a lethal confrontation with the Alliance air fleet. But will either of their efforts be enough to keep Corian from executing his plan to bring the empire to its knees once again?