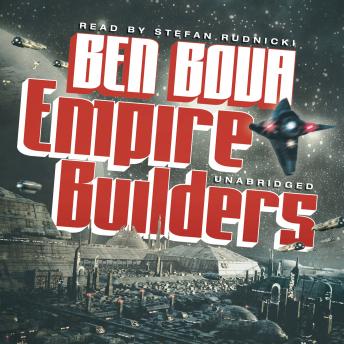 #2 of The Grand Tour Series

Dan Randolph never plays by the rules. A hell-raising maverick with no patience for fools, he is admired by his friends, feared by his enemies, and desired by the world's loveliest women. Acting as a twenty-first privateer, Randolph broke the political strangle-hold on space exploration and opened the solar system to all mankind—becoming one of the world's richest men in the bargain.

Now an ecological crisis threatens Earth, one that will exterminate billions in a few short years if it continues unchecked. And the same politicians that Randolph outwitted the first time want to impose a world dictatorship to deal with it. Dan Randolph knows that the answer lies in more human freedom, not less—and in the boundless resources of space. But can he stay free long enough to give the world that chance?

A daring tale of one man's struggle against overwhelming odds, Empire Builders is a stunning near-future thriller by one of the most acclaimed science fiction writers of our time.