Empire of Gold: A Novel 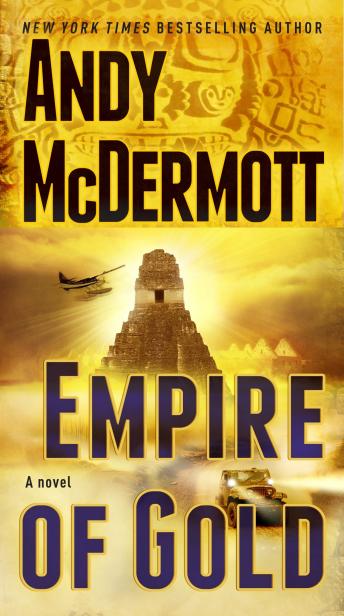 A RUMOR OF RICHES. A MAZE OF MURDER. AND THE WORLD’S MOST DANGEROUS, SOUGHT-AFTER PRIZE.

Nina Wilde and Eddie Chase possess extraordinary pieces of an ancient puzzle that leads them from Singapore to the jungles of South America. Inside a storm of political and drug warfare, Nina is getting close to one of history’s greatest secrets: the mythical golden city of El Dorado. As one discovery unveils another, Nina realizes that a legendary Incan leader made a deal with his Spanish captors—and hid forever the real El Dorado. Now, Nina and Eddie face a maze of death traps and betrayals, including one that reaches into Eddie’s past in Afghanistan, even into his own family in England. Behind a waterfall in Peru is an unfound wonder of the world. And to get there, Nina and Eddie may have to sacrifice everything: their friends, their love for one another, even their lives.

Empire of Gold: A Novel