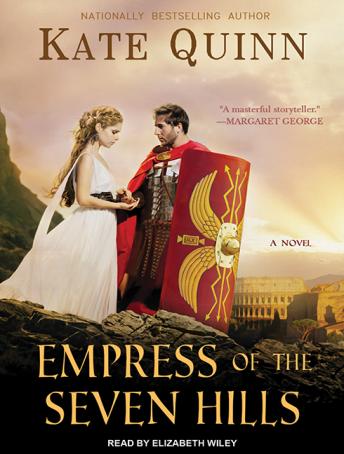 Empress of the Seven Hills

Powerful, prosperous, and expanding ever farther into the untamed world, the Roman Empire has reached its zenith under the rule of the beloved Emperor Trajan. But neither Trajan nor his reign can last forever...


Brash and headstrong, Vix is a celebrated ex-gladiator returned to Rome to make his fortune. The sinuous, elusive Sabina is a senator's daughter who craves adventure. Sometimes lovers, sometimes enemies, Vix and Sabina are united by their devotion to Trajan. Trajan's ambitious Empress has her own plans for Sabina. And the aristocratic Hadrian-the Empress's ruthless protege and Vix's mortal enemy-has ambitions he confesses to no one, ambitions rooted in a secret prophecy.


When Trajan falls, the hardened soldier, the enigmatic empress, the adventurous girl, and the scheming politician will all be caught in a deadly whirlwind of desire and death that may seal their fates, and that of the entire Roman Empire...

Empress of the Seven Hills