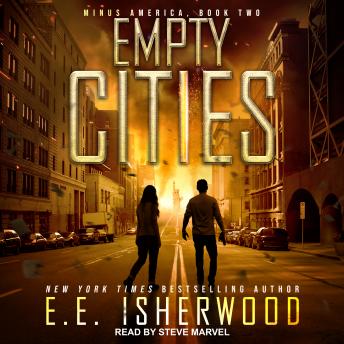 There are no more red or blue states; just empty states.

But a few Americans survived, and are fighting to stay alive.

Ted, the pilot, still protects Vice President Emily Williams as he retains the hope of finding his niece. His skills are tested as enemy forces zero in on their location.

Tabby, the tour guide, is stuck with three young teens as she looks for her parents. Entire cities are theirs to explore.

Dwight, the homeless man, is known for talking to an invisible parrot. He might also be witness to the first wave of the invasion force.

Journey along with these characters as they travel through the haunting remains of a once-thriving nation. Fires rage out of control. Unmanned power grids begin to shut down. As they cross state lines and drive through new cities, each of them begins to appreciate this was a terrorist attack beyond anything in history. And the terrorists make their next big move . . .