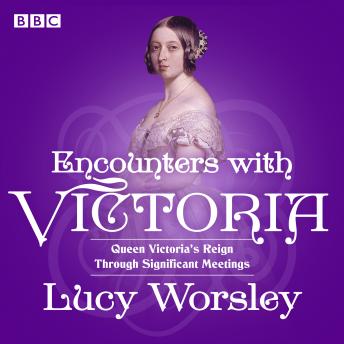 In this revealing series, acclaimed historian and Chief Curator at Historic Royal Palaces, Lucy Worsley, explores the reign of Queen Victoria through pivotal figures in her life. We meet ten key individuals – some well known, others less so – and find out how they influenced the Queen, what she thought of them: and what they thought of her.

There are also encounters of a different kind, as Lucy Worsley chronicles Victoria’s grief at the death of her husband, Prince Albert, and records Victoria’s own final days and the crowd of people who gathered as Britain’s longest-reigning monarch breathed her last.

Travelling from Kensington Palace to a luxury hotel on the Côte d’Azur, Worsley talks to eminent writers and historians and draws on letters and diaries including the Queen’s own journal to provide fascinating insight into Victoria’s world and those who helped shape it.
1 Accession Day and Kinky Lord M – 1837
With historian Philip Ziegler