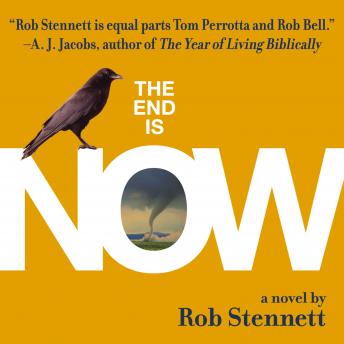 The End Is Now

Meet the Henderson family: Jeff, a struggling salesman who lives with a constant nagging fear that something will happen to his family; Will, who’s just trying to figure out life in the fifth grade; Emily whose greatest concern is that she won’t be nominated homecoming queen; and Amy, who is growing stir-crazy from being a housewife of eighteen years—and is convinced this was God’s plan B for her life. The Hendersons are longtime residents of Goodland, Kansas, a small Midwest town where nothing new or exciting ever happens … until now. Are the recent “weird” happenings and catastrophic weather mere coincidence, or more? The town spirals into chaos and confusion as its residents discover the end is no longer near—the end is now. Rob Stennett’s second novel is both a satire and a story of the apocalypse, a thriller and an exploration of family, community, belief, unbelief, and the two thousand-year-old Christian tradition of looking to the sky because the end is near.