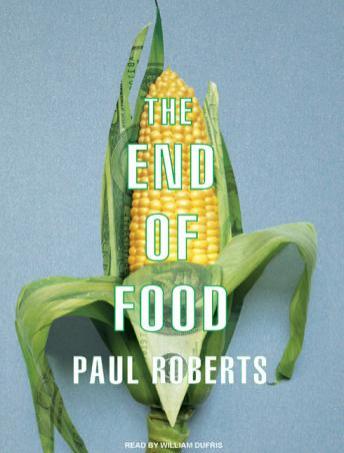 The End of Food

The frightening truth about the modern food system.

The bestselling author of The End of Oil turns his attention to food and finds that the system we've entrusted with meeting one of our most basic needs is dramatically failing us. With his trademark comprehensive global approach, Paul Roberts investigates the startling truth about the modern food system: the way we make food, market and consume it, and even think about it is no longer compatible or safe for the billions of consumers the system was built to serve. The emergence of large-scale and efficient food production changed forever our relationship with food and ultimately left a vulnerable and paradoxical system in place. Over 1.1 billion people worldwide are 'over-nourished,' according to the World Health Organization, and are at risk of obesity-related illness, while roughly as many people are starving. Meanwhile the natural systems all food is dependent upon have been irreparably damaged by chemicals and destructive farming techniques; the pressures of low-cost food production court contamination and disease; and big food consumers, such as China and India, are already planning for tightened global food supplies, making it clear that the era of superabundance is behind us.

Vivid descriptions, lucid explanations, and fresh thinking make The End of Food uniquely able to offer a new, accessible way to understand the vulnerable miracle of the modern food economy. Roberts presents clear, stark visions of the future and helps us prepare to make the decisions-personal and global-we must make to survive the demise of food production as we know it.

This title is due for release on March 21, 2008
We'll send you an email as soon as it is available!