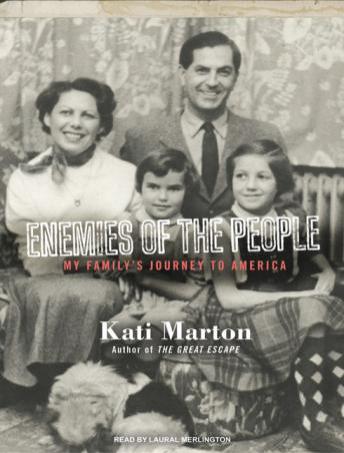 Enemies of the People: My Family's Journey to America

Award-winning journalist Kati Marton set out on a wrenching personal journey to uncover the truth about her parents during her childhood in Cold War Budapest. She exposes the cruel mechanics of the communist state using the secret police files on her parents as well as dozens of interviews that reveal how her family was spied on and betrayed by friends, colleagues, and even their children's babysitter. She learned details of her parents' love affairs and the full nightmare of her parents' incarceration in a communist prison. Marton relates her own eyewitness account of her mother's and father's arrests and the terrible separation that followed. There were things she didn't want to know about and disappointments she didn't want to revisit. But as she dug deeper into their lives, she found the truth about her parents' lives-and her own.

Enemies of the People: My Family's Journey to America