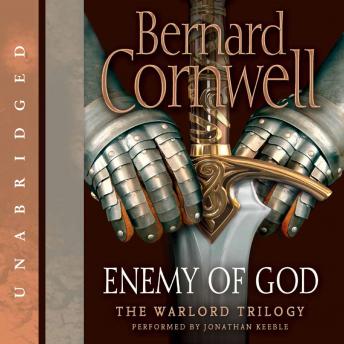 At the end of The Winter King Arthur fought the battle that forces unity on the warring British kingdoms and now he sets out to face the real enemy—the English (it is one of the great ironies of the Arthur stories that he should have become an English hero when, if he existed at all, he was a great war-leader who opposed the invading Sais). First, though, Merlin leads a perilous expedition into the mysterious west to retrieve a cauldron, one of the treasures of Britain—this cauldron story is almost certainly the root of the holy grail strand in the Arthur tales. The treasures of Britain, Merlin believes, will bring the old Gods onto the side of the British in their struggle against the Saxons (and the Christians, whom Merlin hates). But the treasures will also set Briton against Briton—especially as Guinevere, now Arthur's wife, wants to make a magic of her own. 'Chaos was now thick across Britain, for someone had spilt the Cauldron's power and its horror threatened to engulf us all.'