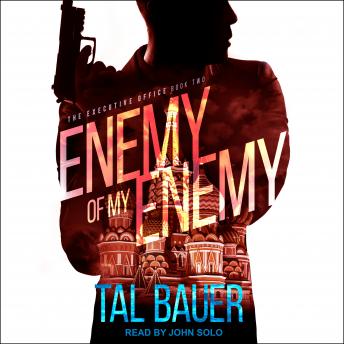 Enemy Of My Enemy

President Jack Spiers and former Secret Service Agent Ethan Reichenbach throw caution to the wind, committing themselves publicly as the first out male lovers and partners to occupy the White House. Jack moves Ethan into the Residence, but as Ethan settles into his new role as first gentleman of the United States, not everyone is thrilled with their choices. When it seems like the world turns against them, Jack and Ethan must turn to each other, finding the strength together to press on.

In the chaos, Jack's relationship with the Russian president, Sergey Puchkov, grows closer, and the two nations find themselves working almost as allies. But President Puchkov has secrets of his own, secrets that could rip everything apart. And Ethan steps back into the action with Lieutenant Adam Cooper, taking charge of a covert kill team tasked with hunting down General Madigan once and for all.

But Madigan is elusive, and his dangerous reach is long. He strikes at Jack and Ethan from the shadowy corners of the globe, unraveling their entire world. As the mad general draws new allies together, he is single-minded in his quest to destroy the only two men who ever beat him.

Enemy Of My Enemy