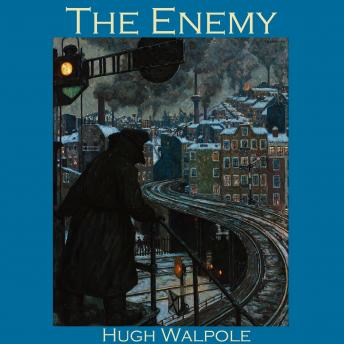 The Enemy tells the story of a mild-mannered bookseller, Jack Harding, whose life is completely ordered and unremarkable except that he has a terrible enemy - a man named Tonks, who pursues him with uninvited joviality, driving Harding to distraction.

Every morning on the way to the station, Tonks seems to lurk in wait for Harding, accosting him with cheery converation and accompanying him all the way to work. Harding cannot pluck up the courage to tell Tonks to leave him alone...until one day Tonks pursues Harding right to his sanctuary: his beloved bookshop.

Harding is forced to take drastic action. After that things only get worse, until the absolutely unthinkable happens.