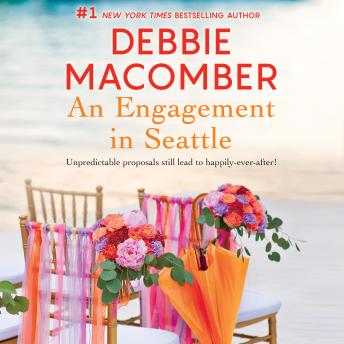 An Engagement in Seattle

Aleksandr Berinksi is a Russian biochemist in the United States on a visa, which is about to expire. Marriage will allow him to stay—marriage to Julia Conrad. If Julia’s going to save her Seattle-based company, she needs him as much as he needs her. There’s a Groom Wanted in Julia’s life. And not just any groom!

A billboard on the side of a Seattle road is common enough—but one advertising for a bride? It’s Chase Goodwin’s solution to the problem of finding a wife quickly, a wife to bring home to Alaska. Lesley Campbell has her own reasons for responding…and in no time she’s the Bride Wanted in Chase’s life!