Engines of Change: A History of the American Dream in Fifteen Cars 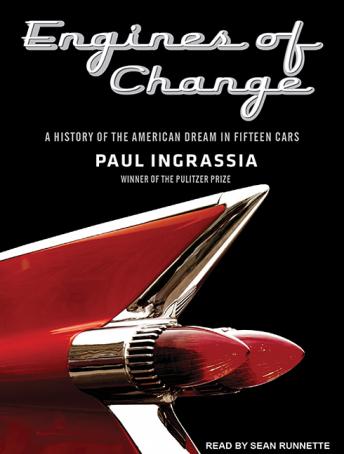 America was made manifest by its cars. From the assembly lines of Henry Ford to the open roads of Route 66 and Jack Kerouac, America's history is a vehicular history-an idea brought brilliantly to life in this major work by the acclaimed author of Crash Course: The American Automobile Industry's Road from Glory to Disaster.One of the nation's most eloquent and impassioned car nuts, Paul Ingrassia offers a wondrous epic in fifteen automobiles, including the VW Beetle, the Chevy Corvair, Robert McNamara and Lee Iacocca's Mustang, the Pontiac GTO, Honda's Accord, the BMW 3 Series, and the Jeep, among others. Through them, the author shows us much more than the car's ability to exhibit the particularly American tension between the lure of freedom and the obligations of utility; he takes us through the rise of American manufacturing, the suburbanization of the country, the birth of the Hippy and the Yuppy, the emancipation of women, and so much more, including the car's unintended consequences: trial lawyers, energy crises, and pollution. Narrative history of the highest caliber, Engines of Change is an entirely edifying new way to look at the American story.

Engines of Change: A History of the American Dream in Fifteen Cars