Entanglement: The Greatest Mystery in Physics 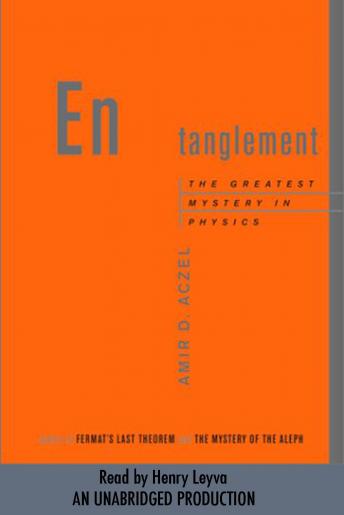 Can two particles become inextricably linked, so that a change in one is instantly reflected in its counterpart, even if a universe separates them?  Albert Einstein's work suggested it was possible, but it was too bizarre, and too contrary to how we then understood space and time, for him to prove. No one could. Until now.

Entanglement tells the astounding story of the scientists who set out to complete Einstein's work. With accesible language and a highly entertaining tone, Amir Aczel shows us a world where the improbable—from unbreakable codes to teleportation—becomes possible.

Entanglement: The Greatest Mystery in Physics