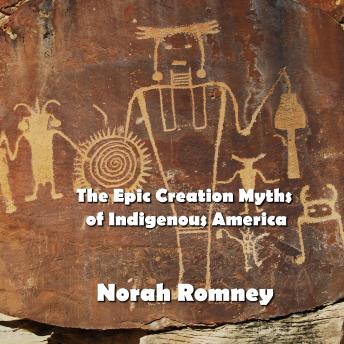 Narrated By: Po Shai An Kia

The mythologies of the Indigenous Americans are infinitely richer in creative and deluge myths than those of any other group in the two hemispheres. Tales which deal with the origin of man are exceedingly frequent and exhibit every phase of the type of creative story. Although many of these are similar to European and Asiatic myths of the same class, others show great originality and strikingly present to our minds the characteristics of American aboriginal thought.

The creation-myths of the various Indian tribes differ as much from one another as do those of Europe and Asia. In some, we find the great gods molding the universe. In others, we find them merely discovering it. Still, others lead their people from subterranean depths to the upper Earth. In many Indian myths, we find the world produced by the All-Father Sun, which thickens the clouds into the water, which becomes the sea. In the Zuñi record of creation, Awonawilona fecundates the sea with his body and hatches it with his heat. From this, green scums are formed, which become the fourfold mother Earth and the all-covering father Sky, from whom sprang all creatures.