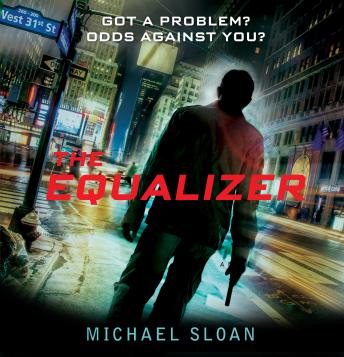 The Equalizer: A Novel

Michael Sloan, co-creator of the classic 1980s TV series, reinvents the story of the mysterious, former covert intelligence officer who helps desperate people who are in need of his unique and deadly skills.

Robert McCall is a former covert operations officer for the CIA who tries to atone for past sins by offering, free of charge, his services as a troubleshooter (often literally), a protector, and an investigator. People in need find him through a newspaper ad and on the internet: 'Got a problem? Odds against you? Call the Equalizer.'

Aided by a group of sometimes-mysterious contacts (some of whom date back to his spying days), McCall traverses the streets of New York City, visiting justice upon those who prey upon the weak.

In this novel, based on the 1980s television show, and timed to come out shortly before the feature film version starring Denzel Washington, McCall goes up against an old enemy, a Chechen nightclub owner, who now runs an elite assassination service to try and save the life of an innocent woman.