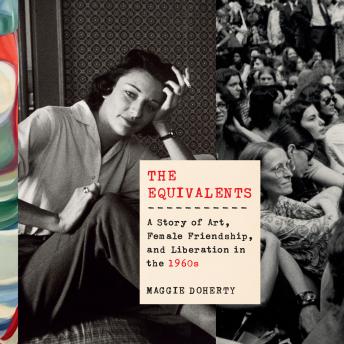 The Equivalents: A Story of Art, Female Friendship, and Liberation in the 1960s

The timely, never-before-told story of five brilliant, passionate women who, in the early 1960s, converged at the newly founded Radcliffe Institute for Independent Study and became friends as well as artistic collaborators, and who went on to shape the course of feminism in ways that are still felt today.

In 1960, Harvard's sister college, Radcliffe, announced the founding of an Institute for Independent Study, a 'messy experiment' in women's education that offered paid fellowships to those with a PhD or 'the equivalent' in artistic achievement. Five of the women who received fellowships--poets Anne Sexton and Maxine Kumin, painter Barbara Swan, sculptor Mariana Pineda, and writer Tillie Olsen--quickly formed deep bonds with one another that would inspire and sustain their most ambitious work. They called themselves 'the Equivalents.' Drawing from notebooks, letters, recordings, journals, poetry, and prose, Maggie Doherty weaves a moving narrative of friendship and ambition, art and activism, love and heartbreak, and shows how the institute spoke to the condition of women on the cusp of liberation.

Equivalents: A Story of Art, Female Friendship, and Liberation in the 1960s