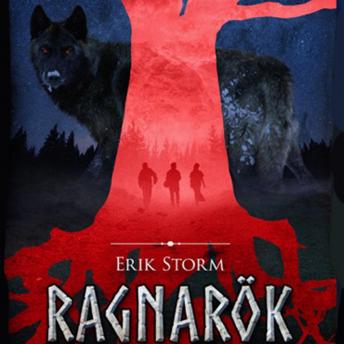 Erik Storm's perfectly normal life is about to change, and it will never be the same. He starts to have strange dreams about a giant beast chained up in a dark forest, while ancient powers gather in the quiet village where he lives. The old abandoned house he passes every day on his way to school is taken over by a mysterious group of women, and a peculiar little squirrel starts to visit Erik's bedroom window.

But then things turn from strange to disastrous as the dreams turn out to be more than just dreams, and Erik accidently releases Fenrir - The Norse God of destruction. And as that was not bad enough his grandmother suddenly goes missing.

Erik and his two best friends are now set on a race against time to stop Ragnarok before it is too late. Fenrir must be brought back to captivity, and they realise they need help. But those who bound Fenrir the first time has long since gone dormant. To revitalise the tired Gods they must make sacrifices and risk their lives as they face the Gods classic adversaries. And in the end, they must each make a decision about their own destiny.