The Escape and Suicide of John Wilkes Booth 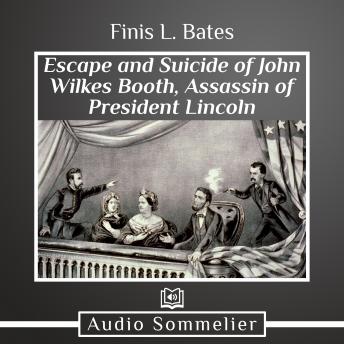 Shortly after John Wilkes Booth assassinated President Lincoln, he was tracked down and shot by authorities—that’s what was officially reported, anyway. Lawyer Finis L. Bates, however, decided to set the record straight when he reported that in 1870 his acquaintance “John St. Helen” revealed himself to be none other than Booth living under an alter ego. Bates’ version of the story is this: a hushed-up escape led Booth to 38 years of secret identities and an eventual suicide in an Oklahoma hotel. In this historical text, Bates unpacks the surprising truth about this infamous American assassin and his conspirators.

This title is due for release on December 29, 2017
We'll send you an email as soon as it is available!